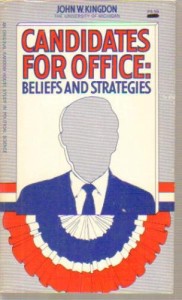 John W. Kingdon is Professor Emeritus of Political Science at the University of Michigan in Ann Arbor. He is the author of several books on political science and public policy, including the influential Agendas, Alternatives, and Public Policies, which received the 1994 Aaron Wildavsky Award from the public policy section of the American Political Science Association.

Professor Kingdon sent a letter to Random House requesting reversion of rights and was pleased to receive notification just two weeks later that Random House agreed to revert all rights in Candidates for Office to him. Since Candidates for Office had already been scanned and was discoverable through HathiTrust, Professor Kingdon then approached HathiTrust with confirmation that he held the rights in his book. Using this form, he requested that HathiTrust unlock his book to make it fully readable online for free. He also chose to apply the Creative Commons CC BY-NC-ND license to his work so that even more people could discover and read Candidates for Office.

Now, several decades after its initial publication, Candidates for Office is once again available to students, scholars, and all readers, ensuring that Professor Kingdon’s work can continue to contribute to the scholarly discourse for years to come. 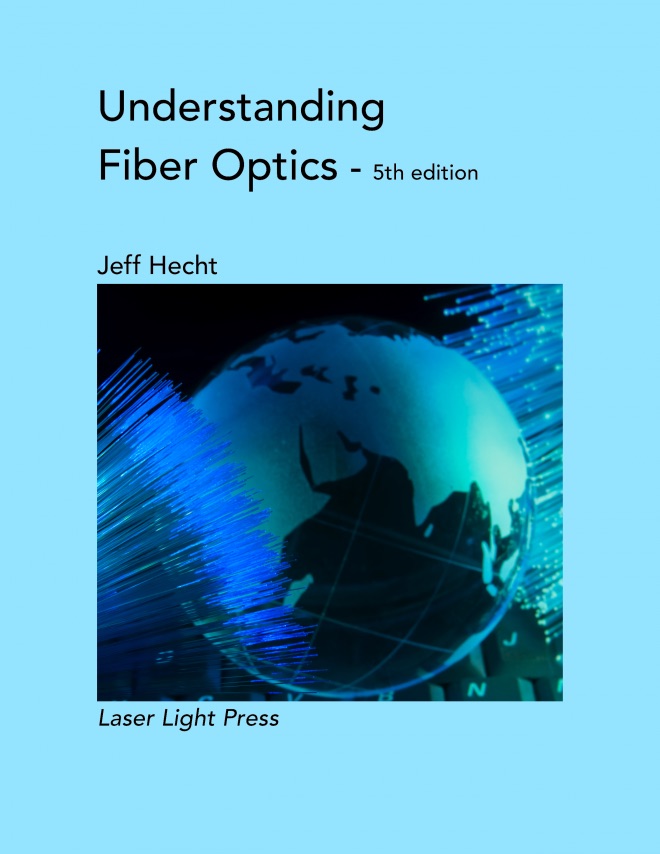 Jeff Hecht is an Authors Alliance member and the author of several books on a wide variety of topics pertaining to science and technology, including lasers, fiber optics, and dinosaurs. Faced with the declining availability of his book, Understanding Fiber Optics, Mr. Hecht worked with his publisher to make it more affordably available to his readers. Mr. Hecht’s story is yet another example of how rights reversions and negotiations with publishers can benefit authors and publishers alike, as well as current and future readers. Part of Mr. Hecht’s experience is featured in the Authors Alliance guide to rights reversion, but since then Mr. Hecht has pursued new ways to increase his book’s availability, and we are excited to share this update with you.

Mr. Hecht is quite pleased with how his negotiations with Prentice Hall worked out. Not only does he continue to earn royalties on Prentice Hall’s licensing of individual chapters of Understanding Fiber Optics, but he has also achieved his vision for making his book widely available at an affordable price. In fact, the first purchaser of the digital version of Understanding Fiber Optics was a student in Botswana searching for an affordable introduction to fiber optics. Mr. Hecht told us that he couldn’t think of a better symbol of achieving his goal of making his book more broadly accessible than ever before.

We are very pleased to announce that two books by Robert Darnton, The Business of Enlightenment and Mesmerism and the End of Enlightenment in France, are now freely available in their entirety online. Darnton, an Authors Alliance Advisory Board member and an emeritus Professor of History and outgoing University Librarian at Harvard, has, with Authors Alliance assistance, secured the necessary rights to release two of his books under Creative Commons licenses.

END_OF_DOCUMENT_TOKEN_TO_BE_REPLACED

Authors Alliance is encouraging its members to consider reverting rights to their out-of-print or commercially dormant titles in order to see those works made more widely available. Stephen D. Sugarman, the Roger J. Traynor Professor of Law at the University of California, Berkeley, School of Law and an Authors Alliance founding member, writes below about his recent experience in making one of his books available online.

John E. Coons, William H. Clune, and I published Private Wealth and Public Education with Harvard University Press (Belknap) in 1970. In the book we showed how wealthy public school districts around the nation spent considerably more money per pupil (while imposing lower tax rates on their property owners) than did low wealth school districts; and we advanced a legal argument as to why this regime should be declared unconstitutional by our courts. The book had a big impact in many states and on the education law literature – an impact that continues to the present as lawsuits challenging school finance inequalities remain vibrant around the nation. But, although the book is not technically out of print, Harvard is understandably not promoting it, and new copies have not been sold in some time. It is available in many libraries, but we suspect that many potential readers would be much more interested in having online digital access (with searchable text).

To ensure that the book will be able to reach these readers, we asked Harvard University Press for assistance, and the Press kindly returned all of the publishing rights to the book to us (although Harvard technically retains the formal copyright and told us we would have to pay to have that assigned to us). While we did not have a digital copy of the book to release, we were pleased to find that it had already been scanned from the library of the University of Michigan, and that it has long been discoverable (though not readable) via both HathiTrust and Google Books. The letter that Harvard provided to us sufficed for HathiTrust to provide us with digital copies for our own records, and to unlock the full version of the book for the public at large to read and share under a Creative Commons license. We are hoping next to get Google Books to also unlock access to the full text.

We believe that Private Wealth and Public Education still has much to offer and are glad that it has this new opportunity to reach more readers online.