On May 21 Authors Alliance celebrated its public launch at an event at the Internet Archive in San Francisco.  Approximately 150 guests mingled with the Authors Alliance founders and Advisory Board members.

Attendees included scholars, novelists, journalists, publishers, students, and curious members of the public drawn by our invitation to “BE READ.” 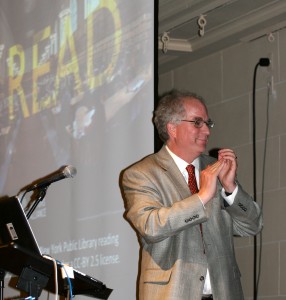 The program kicked off with a welcome from our host, Internet Archive founder (and Authors Alliance Advisory Board member) Brewster Kahle.

Van Houweling then described dilemmas that can confront authors who share our mission, illustrating with examples featuring two Authors Alliance Advisory Board members.

When Nobel Laureate Harold Varmus wanted to reach more readers with his memoir “The Art and Politics of Science,” he realized that he could not make it freely available without renegotiating his agreement with the book’s publisher, W.W. Norton.

“The law that is designed to promote the progress of science by securing to authors the exclusive right to their writings can make it complicated for authors to secure their own intellectual legacies.  In this case, Dr. Varmus had assigned to his publisher the exclusive rights under copyright to reproduce and distribute the book.  So copyright law—combined with contract law—could be used against him—the author!—if he distributed the book himself without the publisher’s permission.”

For Dr. Varmus, the obstacle was not insurmountable.  He consulted with Authors Alliance co-founder Pamela Samuelson about the situation and then successfully negotiated with W.W. Norton President Drake McFeely, receiving permission to publish an electronic version of his book that is now available for free. 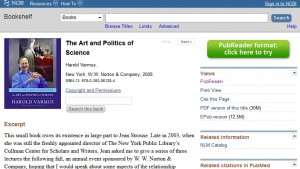 “He took action,” Van Houweling said, “as an author who writes to be read, to make sure that his work could be read—by more people than were buying it, in more places, and for generations to come. . . . Part of our goal at Authors Alliance is to help authors manage their rights in order to follow Dr. Varmus’s example of increasing the world’s access to our intellectual legacies.”

Van Houweling next described how another Authors Alliance Advisory Board member, non-fiction author and journalist Katie Hafner, is facing a stubborn obstacle to reaching potential readers of her 2008 book, “A Romance on Three Legs.” The publisher, Bloomsbury USA, is offering the book as an e-book but no longer printing hard copies—to the frustration of Katie and those would-be readers who prefer to read a physical book. 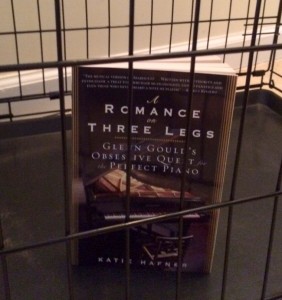 “Katie is a savvy and experienced author,” Van Houweling said. “But when she assigned exclusive rights to her publisher she did not anticipate this: her inability just over five years later to satisfy potential readers, people who would still like to buy the book and read it in physical form. To Katie, this book was a labor of love, not a flash in the pan. After a modest commercial life, she would like it to have a long intellectual life. Even if the number of people who want print copies of it is too small to be worth the current publisher’s trouble, she wants to reach those readers. . . . But for now her book—part of her intellectual legacy and a contribution to the history of one of the most important performers of the 20th century—is caught in a cage of copyright and contracts.”

Van Houweling then turned to data from University of Illinois Professor of Law Paul Heald about the availability of new copies of printed books on Amazon. Heald’s research suggests that more titles are available from the 1880s than from the 1980s, despite the fact that nearly 7 times as many books were published in the 1980s! See Paul J. Heald, How Copyright Keeps Books Disappeared, forthcoming 21 J. Empirical Legal Studies (2014). 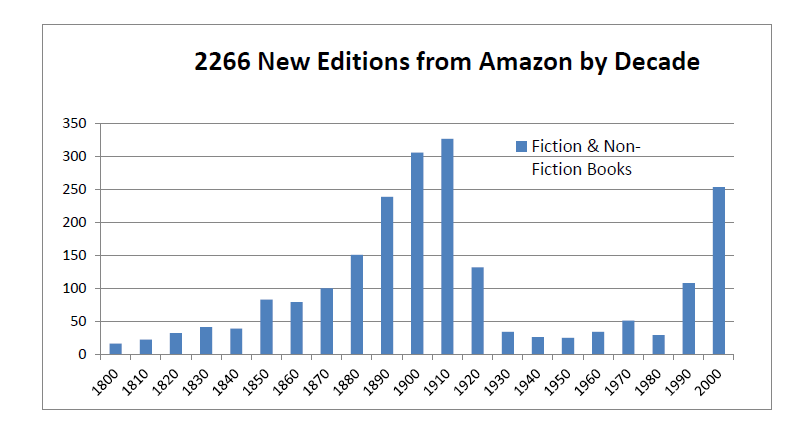 A likely explanation is that the books from the 1880s are no longer under copyright, making them available for new publishers to print even if the original publisher has lost interest.  So a book from the 1980s with limited availability might become more available once the copyright expires—but that will not happen until 70 years after the author dies.  In the meantime, the book is not generating revenue for its publisher or its author and it’s not reaching as many readers as it could.  It might even be lost to history if the existing copies are not carefully preserved.

“Librarians like my co-founder Tom Leonard are trying to take good care of the existing hard copies,” Van Houweling noted. “They have also digitized some of these books in order to preserve them and to make their contents searchable so that potential readers can learn about them.  But those efforts have triggered a copyright lawsuit.  And so the authors of these books—and readers now and in the future—run the risk of having the remaining copies and their intellectual legacies crumble into oblivion.”

Van Houweling closed by describing what Authors Alliance hopes to do to help authors preserve their intellectual legacies: a combination of education, advocacy, and community building:  “None of this will work without a community of authors who band together to share experiences, solve problems, and make our voices heard.  Tonight is our invitation to you to join that community.” 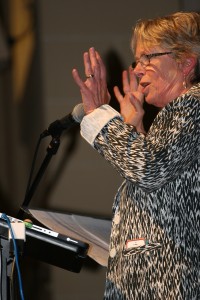 Next up, co-founder Pamela Samuelson presented highlights from our initial effort to advocate for public policy in line with the Authors Alliance mission: just-released “Principles and Proposals for Copyright Reform.”

Samuelson emphasized how sound copyright policy should not only help authors exercise their rights and preserve their own intellectual legacies, but also allow them to build on the works of the past. Our current copyright law makes this more difficult than it should be, in part because it does not include a comprehensive record-keeping system that prevents the problem of “orphan works”—works whose copyright owners cannot be identified and located for purposes of seeking permission to reproduce and distribute them.

Read more of Pamela Samuelson's remarks about the Authors Alliance Principles and Proposals for Copyright Reform. 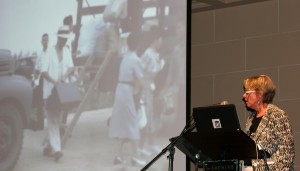 Samuelson illustrated with orphaned footage of Japanese-Americans being released from a WWII internment camp in 1944 and an orphaned photo of a jailed civil rights leader James Forman taken by an unknown fellow prisoner.

The Authors Alliance Principles and Proposals include calls for copyright reform to prevent the chilling effect that copyright law currently has on meaningful reuses of orphan works like these by filmmakers, historians, and other authors. At the same time, the Principles and Proposals suggest that copyright should be easier for authors to enforce (including though an inexpensive small-claims process) and easier to trace (through more comprehensive and accurate registration and recording). 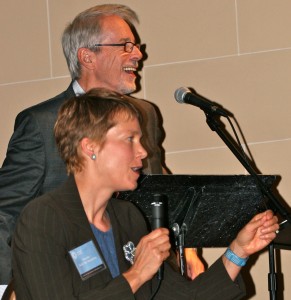 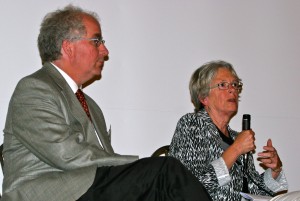 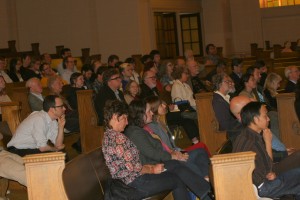