Just in time for the second anniversary of our Guide to Understanding Rights Reversion, we’re pleased to feature Authors Alliance member Tracee Garner’s success story. Since gaining back the rights to two of her previously published novels, she’s resumed work on her Jameson Trilogy, due to be published next spring. We met with Tracee at the AWP conference in Washington, DC, earlier this year, and she generously shared her rights reversion experience with us in the following Q&A. 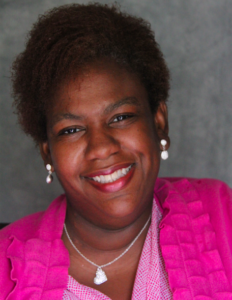 AUTHORS ALLIANCE: What first motivated you to get the rights back to your previously published novels?

TRACEE LYDIA GARNER:  I hadn’t really thought of reversion until I heard other authors asking how to go about it. Then I went to a conference in 2015, and a young woman came up to me and asked me if I would ever write Jojo’s story [the continuation of a character featured in her previous books.]  I admit that at first, I was annoyed—not so much at her, but more at myself, because I hadn’t finished with him, and I secretly did want to!

Then I had to look at how I could make it happen. If I was going to write Jojo’s story, I wanted to fold it in with my earlier books, update the covers and content, and release them as a new set, since any marketer will tell you that sets do very well. But in that case, I had to ensure that I could get the rights to those earlier books back. And then I had to get new ISBNs and do a bit of reload and relaunch to make it all work. All of that was the catalyst for formally requesting my rights.

AuAll: How did you go about requesting a rights reversion?

TLG: First, I researched online about writing a reversion letter to my publisher. Then I had to dig out my almost twenty-year-old contract and figure out whom to contact. (When you have one of the largest publishers in the world, with offices in NYC and Canada, it seems like real investigative journalism!) Contracts are very intimidating, and you have no desire to revisit it at all. You resist (and our creative minds can even make it more difficult than it has to be).

Once I figured out the jargon, found a sample letter online, and tracked down the right contact people (or their replacements), I e-mailed my request to my publisher. Then I waited (a good little bit)! I think I re-sent the letter at least once, saying “Hey, over here.” It took months until I got the letter saying that I had, in fact, fulfilled my seven-year contractual obligations. Very official!

AuAll: So you were eligible to exercise a clause in your contract granting reversion rights?

TLG: Yes, my contract was for a term of seven years. After seven years had passed, they were my books in theory, but it’s never good to assume, so I made the request to ensure that I received appropriate documentation to that effect. With the influx of digital rights and an ability to make use of ebook versions and audio versions, it’s important to be certain you are cleared for these kinds of rights, too. Be sure there was no addendum to your contract that permitted your publishers to hold onto these rights, and only revert some of the parts back to you.

AuAll: Did you face any obstacles in getting your rights back? Is there anything you wish you’d known going into the process?

TLG: The hardest part was finding the words to use and finding the appropriate persons to contact. Reversion doesn’t seem commonplace, at least not yet. Who would’ve thought we could ask for our rights back, repackage, edit, slap on a new cover (after design headaches, of course!), add new ISBNs, relaunch…and voila! New audience, new eyes, new readers. But there is also something intimidating about rights being returned to you. Rights back? For what? What do I do with them?

I imagine that at least some writers might have thought that ABC Publishing Company would publish forever and we’d all be fortunate enough to collect royalties like the estate holders for Michael Jackson and Elvis and all the popular TV shows and radio artists—only to find out that no, it doesn’t work like that!

TLG: Remember that someone has already been through every incident you could possibly think of. Even though we sometimes feel like we write alone in our little caves, there are people out there to help. And it is worth the effort!

AuAll: How has reversion helped you? What have you been able to do with your book since reversion?

TLG: I had written two books in a planned trilogy, but I never finished the series. So I will be editing and repackaging the two books that I have back. I am finishing the third installment now. Fixing the books is no small feat, but the excitement of having a new trilogy propels me toward completion. It’s very exciting that, thanks to reversion, your characters get a second life, as does your career overall.

Tracee Lydia Garner is a bestselling, award-winning author. Her sixth book, the romantic suspense novel Deadly Affections, was released in March 2017. Born and raised in a suburb of the Washington DC metro area, Tracee works in health and human services, and is a speaker and advocate for people with disabilities. Her forthcoming Jameson Trilogy—made possible thanks to rights reversion—is scheduled to debut next spring. Find Tracee on the web at www.Teegarner.com.

Authors, if Tracee’s success story has inspired you to consider reverting rights to your previously published work, you don’t have to start from scratch! We’ve already done much of the preliminary work for you. Visit the Authors Alliance Rights Reversion Portal, where you’ll find our complete Guide to Understanding Rights Reversion, as well as letter templates for use in contacting your publisher, plus a collection of reversion success stories.

If you value our work and are not yet a member of Authors Alliance, please consider joining today. Basic membership is free, and our members are the first to hear about our latest tools and resources.