We would like to thank R. Anthony Reese, Chancellor’s Professor of Law at UC Irvine, for contributing the following post. 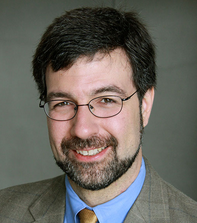 U.S. copyright law gives an author the right, under certain conditions, to terminate a copyright transfer or license that the author granted decades earlier, as Lydia Loren’s earlier post explained. This termination right must be exercised within a specific time, and the formal termination process can’t begin until 25 years after the author executes the grant.

The statute defines an author’s “widow” or “widower,” using facially neutral language, as “the author’s surviving spouse under the law of the author’s domicile at the time of his or her death.” 17 U.S.C. § 101. This definition doesn’t expressly distinguish between same-sex and different-sex spouses. In practice, though, in deciding which marriages copyright law will recognize, this definition has always treated authors with same-sex partners unequally, because it incorporates unequal treatment embedded in state law, in federal non-copyright law, and in foreign law.

An author’s widow or widower for copyright termination purposes is the author’s surviving spouse under the law of the deceased author’s domicile. In the U.S., the author’s place of domicile is generally the state where the author resides. But from 1978 until 2004, no U.S. state allowed same-sex couples to marry. As a result, no same-sex partner of a gay or lesbian author could qualify as a widow or widower entitled to termination rights. (Indeed, before 1998, an author whose partner did not qualify as a surviving spouse could not even designate that partner in the author’s will as the person who could exercise the termination right.)

In May 2004, Massachusetts became the first U.S. state to allow same-sex couples to marry. But even then the same-sex spouse of an author who died domiciled in Massachusetts couldn’t exercise copyright’s termination right. The so-called “Defense of Marriage Act” (DOMA), enacted by Congress in 1996, provided that the word “spouse” as used in any act of Congress “refers only to a person of the opposite sex who is a husband or a wife.” 1 U.S.C. § 7. So even if a Massachusetts author had married her same-sex partner in that state, and died domiciled there, the author’s surviving wife wouldn’t qualify as her widow for copyright purposes because DOMA required reading the word “spouse” in the Copyright Act’s definition to exclude the deceased author’s wife.

In 2015, in Obergefell v. Hodges, the Supreme Court ruled that all U.S. states must allow same-sex couples to marry and must recognize marriages of same-sex couples entered into in other states. As a result, within the United States, gay and lesbian authors and their same-sex spouses should now be treated equally for copyright purposes. Wherever the couple was married, and whichever state the author was domiciled in at death, the author’s surviving wife or husband should be recognized as the author’s surviving spouse under state law and therefore as the author’s widow or widower under copyright law.

Even after the Supreme Court’s landmark marriage equality decisions, though, gay and lesbian authors with same-sex spouses apparently still have to be careful where they live when they die if they want their spouse to exercise the termination right. While every U.S. state must now recognize marriages between same-sex couples, many foreign nations still do not recognize those marriages. If an author married to a same-sex spouse dies domiciled in one of those countries, the Copyright Act seems to dictate that the surviving spouse will not be recognized as the author’s widow or widower because the law of the author’s domicile doesn’t recognize the author’s husband or wife as the author’s surviving spouse.

This rule will likely affect relatively few U.S. authors with same-sex spouses—only those who live in one of the many countries that don’t recognize their marriages. But the rule will have a much greater effect on those countries’ own gay and lesbian authors. Those authors might go abroad to marry a same-sex spouse. But if the couple returns home to live in their own country, which doesn’t recognize their marriage, and if the author dies domiciled there, then U.S. copyright law apparently won’t recognize the author’s surviving wife or husband as the author’s widow or widower entitled to terminate any grant of U.S. copyright rights that the author had made. (As a practical matter, an author in this situation can make a will directing that the author’s spouse should exercise the termination right after the author’s death, but only if the author does not have any surviving kids or grandkids.)

The language of the proposed Copyright and Marriage Equality Act, introduced in the last two Congresses, would have addressed this remaining inequality. But the bills were not enacted and have not been introduced in the current Congress. So for now, despite the progress toward marriage equality, copyright law’s unequal treatment remains in place for authors who live in most countries in the world.

Professor Reese specializes in copyright law, trademark law, and Internet aspects of intellectual property law. His article, Be Careful Where You Live and Die: Termination of Copyright Transfers and the Road to Marriage Equality, discusses the issues raised in this post in more detail. Prior to joining the faculty at UCI, Reese spent 10 years as a law professor at The University of Texas at Austin.  He has been a visiting professor at Stanford Law School and at NYU School of Law, and has taught copyright law in several international programs.