The island nation of Iceland—about the size of Virginia, and with a population of around 300,000—might be one of the smallest in the world, but it enjoys a robust influence on literature and culture that’s out of all proportion with its size. Thanks to a long tradition of universal literacy, a booming publishing industry, and an enthusiastic reading public, Iceland is home to a great many authors, some of whom are eager to make their books available online.

To help address this need, Professor Ian Watson of the Norwegian University of Science and Technology undertook a project to help some of these authors release their out-of-print books online under Creative Commons licenses. His article, “Assisting Living Authors in Opening Access to Their In-Copyright Works: A Report From Iceland,” details his experience with author-by-author rights clearance. Watson worked with authors to digitize their books (if they were not already part of Google Books) and ensure that their permissions status in HathiTrust was fully open. Watson’s results were successful overall, with 31 of 36 authors responding favorably to the idea of opening their works. Ultimately, 28  works were made newly available online. (The difficulties that did arise were most often bureaucratic or technological, rather than the result of unwillingness by authors or publishers to cooperate.) 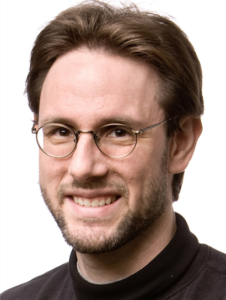 Authors Alliance: You are a longtime advocate for open access, as well as the former editor of an OA journal [Bifröst Journal of Social Science]. How did you first become interested in OA?  What do you see as its main benefits?

Ian Watson: I got interested in open access in 2008, originally because I saw that it was the best way to publish written work by scholars at the university in Iceland where I was working. The university wanted to start a journal to help its employees get their research published. If we had held their work back and given it out only to those willing to pay for a paper copy, very few people would have ever read what they wrote, and administering payments and subscriptions would have taken hours of work. I offered to set up an open-access website for the journal using OJS, in addition to printing a few paper copies. This appealed to our open-minded rector. Later on, I also realized that open access was the right approach for many books and monographs in Iceland.

AuAll: How do you view the current state of OA? What changes have you observed over the years? What would you like to see in the future of OA publishing?

IW: Open access is well accepted and supported these days, and that’s wonderful. Still, too much new scholarship is being published behind toll barriers. Too many books and papers are still published in the old guard of high-prestige, toll-access presses and journals.

The rise of sites like SciHub that circumvent the existing legal framework signal that the market for scholarly journal articles is not yet in equilibrium; in the long run, I think it will just be very hard to sustain charging high prices for things that have a zero marginal cost. Just as users have long used public and university libraries for free, I think it’s inevitable that digital libraries will tend towards being free too.

It’s tremendously important to get the word out to authors that they can change the rights status of their work. At the same time, open-access advocates should be comfortable with the fact that there are many books that are still written to be sold and to make money, and that’s OK.

AuAll: You found that the majority of the authors that you contacted wanted to open up access to their works.  Why do you think these authors were enthusiastic about making their works newly available online?

IW: A large proportion of authors are not now, and maybe never were trying to make a profit. In the old days, printing their work on paper and selling it was the only way to get it out to readers. Today, when these authors realize that they can distribute scanned copies of their old work for free, it practically brings tears to their eyes. Their book is no longer accessible only on dusty back used-bookstore shelves, or behind the transaction costs of a used-book purchase from Amazon. It’s just a click away from new readers, who no longer need to invest much in the decision to read the book. It’s free for a new generation of students and scholars. It means the authors’ words and thoughts get new life.

I’d hazard the hypothesis that, measured person by person, most authors wrote to be read. The typical “author” is not John Le Carré or Jeff Kinney, but rather the guy down the street who published one limited-run, obscure, special-purpose, now-out-of-print book thirty years ago and has been busy with their day job ever since.

AuAll: What is one thing you wish you’d known before you began work on this project?

IW: Hard to answer. Maybe how slowly the process of contacting and educating authors would be? People are busy. Older folks prefer paper to electronic communication. Few people, even authors, understand how copyright and the publishing industry work. But patience pays off, and the results were very satisfying.

AuAll: Please tell us about some of the books that are now available.  Are there any books in the collection that you are particularly excited to see newly available?  Are any of them written in English?

IW: Yes, about a quarter of the books we helped with are in English. And there are some exciting titles with continued value. I could mention Gísli Gunnarsson’s Monopoly Trade and Economic Stagnation, which is an important economic history of Iceland during the seventeenth and eighteenth centuries; Halldór Ármann Sigurðsson’s Verbal Syntax and Case in Icelandic, a book from the 1980s that is much-cited by linguists; and Hildigunnur Ólafsdóttir’s Alcoholics Anonymous in Iceland, which is a fascinating anthropological study of alcohol consumption in the far north. You’ll find all these and more in HathiTrust.

AuAll: What hard-earned advice would you offer to authors looking to open up access to their works?

IW: Do it now. It is much easier for you to open up access to your own work now, in your own lifetime, than it will be for your literary heirs after your death. This is doubly true if you published a co-authored work. Get in touch with the other authors now and decide what you want to do with it. This is your legacy; if you choose to share it, take pride in your generosity.

Also, I have some advice for the minority of scholarly authors who hesitate to open access to their work because, somewhere deep down, they still have a spark of hope that their old work will be “discovered,” get on the best-seller list decades after publication, go viral, and bring them everlasting fame and fortune. And I have the same advice for the ones who say “No, I don’t want to release this for free, because I am going to revise it and submit a second edition to another publisher.” I suggest taking a really hard, realistic look at your own priorities and at a text’s sales prospects. Hope springs eternal, but keep your expectations of the scholarly marketplace reasonable. Competition is stiff, including from an ever-growing number of freely available works.

Ian Watson (www.ianwatson.org) teaches in the media and interaction design programs at the Norwegian University of Science and Technology. He previously lived and taught in Iceland. He also works as a writer and editor for genealogical publishers.