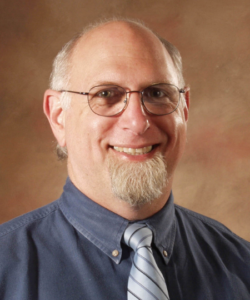 David G. Ullman is Professor Emeritus of Mechanical Engineering Design at Oregon State University and an expert on product design and decision-making best practices. After securing a reversion of rights, Ullman published the sixth edition of The Mechanical Design Process, a leading text used to teach mechanical engineers the processes of product design. We asked Professor Ullman to share his rights reversion success story with us.

Authors Alliance: What motivated you to request your rights back?

David Ullman: When The Mechanical Design Process was first introduced in 1992, I insisted that it be priced at less than $50. I felt this was a fair price for a university text on the topic. McGraw-Hill, the publisher, agreed and released it at $49. Over the years, McGraw-Hill steadily raised the price over my protests. By 2017 the list price was $166. University bookstores sold it for $149. I contacted McGraw-Hill, protesting the price increases. I told them that I did not understand their business model, the price was usury, and they were killing the sales of the book. Where inflation would have taken the book to $85, they had nearly doubled that. Finally, in early 2017, when the annual sales for the fifth edition (2015) had dropped from 4,000 copies per year to 1,000, I offered to buy the copyright, and they agreed, at no cost to me. Thus, in November 2017 I released a new edition of the book at a price practitioners and students can afford: $49.95. It is interesting to note that as soon as the agreement was signed, McGraw-Hill’s list price was lowered by $30.

AuAll: How and when did you first hear about rights reversion?

DU: I always knew that it was possible to buy back rights. When I decided to request the rights back, I did a lot of online reading to be sure I understood the ins and outs.

AuAll: Could you walk us through the process of requesting your rights back?

DU: The first thing to do is to self-educate. [Editors’ note: The Authors Alliance rights reversion resource page is an excellent place to start!] Second, consider hiring a lawyer. I did, but things went so smoothly that I didn’t need one. Third, ask for your rights back. I had expected [McGraw-Hill] to ask for many thousands for the rights based on my calculations of their profits for the next five years. I was prepared to spend some money for the rights, but not what I thought they were worth. In other words, I expected them to reject my offer to buy.

I wrote a letter offering to buy the rights. Since the book was selling only 1,000 copies per year, they evidently wanted it off their list and agreed [to give the rights back], at no cost to me. A colleague who sells about 4,000 books per year also asked, and they refused. After they agreed, it was not clear who owned the images which I had supplied (some of which had been redrawn). I demanded rights to all the images, and they finally agreed to give me rights to all of them also.

AuAll: Is there anything you wish you’d known before you started?

DU: It was way too easy. They surprised me by giving me the rights for the next edition for free. I readily agreed.

AuAll: How has reversion helped you? What have you been able to do with your book since reversion?

DU: The sixth edition of the book (the one I self-published) has only been out for three months [since the fall of 2017]. So, it is still too early to tell how much I can build sales. I have reduced the price and begun to make a marketing and sales effort to build the adoption list for the book. First, I built a good website for the book and its ancillary material. Next, I developed an extensive mailing list of potential adopters. Since this is a textbook, a majority of sales come from use in courses. Thus, I went to the website of every U.S. and Canadian university that offered courses in my field, and logged every professor who might teach a course that could use the book. I then did a mailing to each announcing the new edition. I have followed this up every couple of months.

One point I considered was how much I make from each sale. Even though I drastically cut the list price, I actually make more per book than I did when the book was sold through the publisher. I did a lot of research into which self-publishing house to use to find one where the royalty model fit my sales model. With my book, most sales are through university book stores with some coming through online sales. I found a self-publisher who would give me the most for these outlets (Ingram Spark). I do not expect any sales through brick and mortar book stores.

DU: Read up on reversions. Consider getting a lawyer. I interviewed three lawyers, but found that I didn’t need them as I simply asked for the rights and McGraw-Hill gave them to me. It was simple. I am surprised by their willingness to give me the rights to my book. It was not a best-seller, but they were making money. I think I lucked out as the sales were low enough, they were trying to cull their printed book list to become more digital, and I asked at the right time.