We are grateful to professor, consultant, and author Jacqui Lipton for contributing this timely guest post on morality clauses in book publishing contracts. 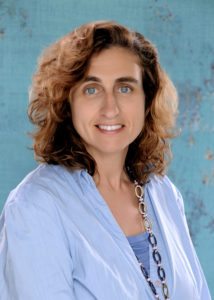 Recent developments in the entertainment industry, notably the #MeToo movement, have led the entire country to focus more on questions of ethics and morality in business, educational, and media settings. The publishing industry, too, has been rocked by story after story of inappropriate behavior by big-name authors, including —to the great disappointment of many—a number of children’s authors. The Society of Children’s Book Writers and Illustrators earlier this year released an anti-harassment policy to address these concerns.

Publishing houses and agents have also faced this conundrum. Enter the morality clause. Increasing numbers of publishing houses and agents are now including such clauses in publishing and agenting contracts, requiring their authors to comply with acceptable professional standards and providing for the possibility of termination of the contractual relationship if the author fails to conduct himself or herself appropriately.

There are several limitations to these clauses, other than as a device to draw parties’ attention to current challenges in the industry. For example, it’s incredibly difficult to draft meaningful contractual clauses that explain what conduct will be regarded as immoral or unacceptable other than in the vaguest possible terms: such as “standards reasonably accepted in the industry,” etc. These clauses by necessity will be vague and subjective and difficult to interpret should they ever be litigated in court.

Additionally, there’s the question of whether these clauses are necessary as a matter of law, whether they add anything meaningful to what’s already in the contract. It’s always been the case in the publishing world that agents can generally terminate a relationship with a client (or vice versa) at will, subject to ongoing financial arrangements with respect to projects already sold by the agent. Publishers, too, generally reserve the right to reject any manuscript that doesn’t meet their standards, and those standards, by nature, tend also to be very subjective.

Of course, many publication contracts may be silent on actual “conduct” of an author as opposed to “content” of the manuscript. However, it’s arguably not particularly difficult for a publisher to cancel a publication agreement by referring to the content of the manuscript even if the underlying concern may be more with the conduct of the author. A case in point is the current litigation between Milo Yiannopoulos and Simon & Schuster. Simon & Schuster cancelled Yiannopoulos’s book contract after he made controversial comments on pedophilia, but argued that the basis for their actions was that the manuscript itself was unacceptable (see Andrew Albanese, Can Milo Yiannopoulos Win His Lawsuit Against S&S?, July 14, 2017, Publisher’s Weekly, available here.) The case is proceeding in New York and may provide some guidance about how effectively existing contractual clauses can be used to address these types of situations, even in the absence of a “morality clause” in a particular contract.

So where does that leave morality clauses? Do we need them? Arguably no, as a matter of law, but possibly yes as a reminder to those signing contracts that publishing is an industry whose participants should adhere to moral and ethical standards of conduct. Should authors need such reminders in this day and age? Theoretically no, but in practice, in the current political and cultural climate, sadly it may be a good idea.

Jacqui Lipton, LL.B. (Hons), LL.M., M.F.A. (fiction), Ph.D. is a professor of law, consultant and author. She is the founder of Authography LLC, a company dedicated to assisting authors and artists with business and legal challenges. She is a regular columnist on legal, business, and associated ethical issues for a number of industry publications and blogs. She’s also the author of the forthcoming Law & Authors: A Legal Handbook for Writers (University of California Press). You can find her online at jdlipton.com.

Speaking of publishing contracts…we’re on the homestretch of “Know Before You Sign on the Dotted Line,” a Kickstarter campaign to help fund the production of our upcoming Guide to Book Publication Contracts. As of today, we’re almost 90% of the way to our goal, so if you haven’t pledged yet, please do so before the campaign ends on June 15!