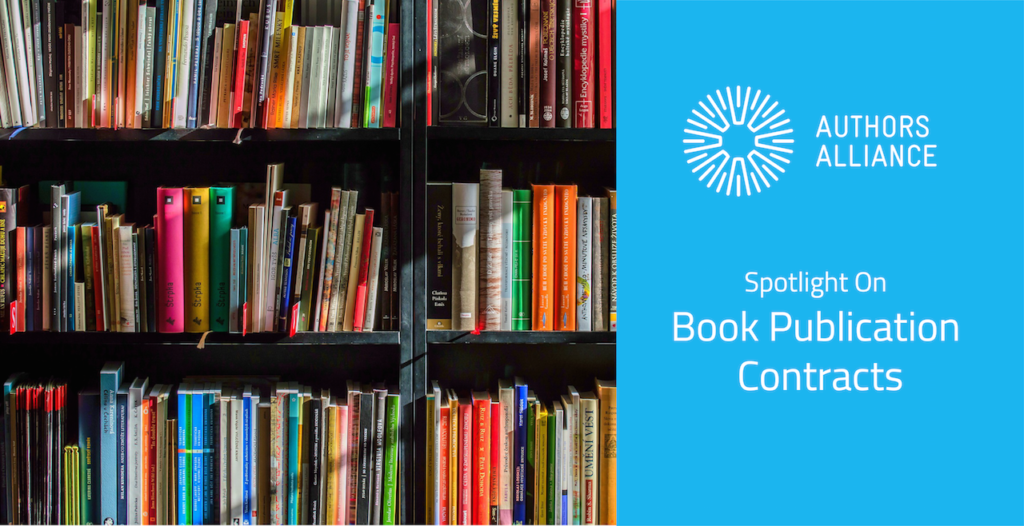 Last week, we released a guide to Understanding and Negotiating Book Publication Contracts. Today, to celebrate Open Access Week, we’re featuring ways that authors can make their books open at different stages of the book’s life cycle and how to shape a publication contract to accommodate these options. As with our guide, we’re highlighting real success stories from authors who have successfully negotiated for terms in their publication contracts that enable them to meet their open access goals.

An initial consideration for authors is whether to publish with a dedicated open access publisher, such as Luminos (University of California Press’ open access publishing program for monographs), or to negotiate with a traditional publisher. Whether working with a dedicated open access publisher or negotiating with a traditional publisher, authors may be asked to contribute to the cost of publishing the book on open terms. However, funding is increasingly available for authors who want to make their books openly accessible. For example, TOME—Toward an Open Monograph Ecosystem—is an initiative in which participating universities provide funds to support the publication of open access monographs.

Negotiating to release a book on open terms with a traditional publisher may be difficult, but it’s not impossible. If you want to pitch your traditional publisher on open terms, it can help to make the case that your proposed non-exclusive arrangement is potentially just as lucrative for your publisher as an exclusive grant would be and to add sweeteners to the contract that make your proposal more enticing.

Success Story: Eric von Hippel, an economist at MIT and a member of the Authors Alliance advisory board, studies the economics of distributed and open innovation. Professor von Hippel wanted to “walk the walk” and make his previously published book, Sources of Innovation, freely available to the public online. So, he struck a deal with his publisher: If hard copy sales declined after he made his book freely available online, he would pay the publisher $1,000 as compensation for lost sales. If sales went up, the publisher would keep the profits and allow him to keep posting the free version. Happily, sales of printed copies went up, so he was able to keep the free version available online. Based on the success of this experiment, von Hippel was able to negotiate a non-exclusive license with his publisher for his next two books, Democratizing Innovation and Free Innovation.

Success Story: When she published her book The Eureka Myth: Creators, Innovators and Everyday Intellectual Property, Authors Alliance founding member Jessica Silbey negotiated for an innovative grant of rights to her publisher. Under the terms, her publisher obtained the exclusive right to publish the book for five years. After five years, Professor Silbey will automatically regain her copyrights and her publisher will keep a non-exclusive right to continue selling the book (under the same royalty terms). Although Silbey initially asked for the publisher’s exclusive rights to be limited to three years, she was persuaded by its legitimate business interest in having exclusive rights for the first five years. This arrangement enabled her publisher to fulfill its sales objectives, while also allowing Silbey to realize her goal of making The Eureka Myth widely available to readers in a Creative Commons-licensed online version after five years.

Another point in a book’s lifecycle at which open access may be a desirable option is after a book outlives its commercial life. A strong rights reversion clause that allows you to get your rights back when well-defined triggers are met can allow you to make your book openly accessible after its commercial life is over.

Success Story: Pamela Samuelson, a co-founder of Authors Alliance, wanted to make sure that she could get her rights back if her book was no longer selling well. The original version of her publication contract included a triggering condition that was based on the availability of English-language editions. Concerned that the mere availability of an ebook version of her book, regardless of sales, would mean that this triggering condition would never be met, Professor Samuelson negotiated for a change to the publisher’s standard triggering condition. After some initial resistance from the publisher and through persistent but respectful communication explaining her concerns, her reversion clause now is triggered if author earnings fall below a certain level. The clause now also directs the parties to discuss open access or similar distribution as an alternative to a full reversion of rights.

Finally, some authors who are determined to release their books under an open license may want to consider self-publishing.

Success Story: Authors Alliance founding members James Boyle and Jennifer Jenkins wanted their casebook, Intellectual Property: Law & The Information Society, to be available to as many law students as possible. For this reason, they decided to forgo traditional publishing and self-publish their book under a Creative Commons license, which allows students to download the book online for free. The decision has yielded unexpected benefits. For example, visually impaired students have told Professors Boyle and Jenkins that they appreciate using the open electronic text to produce a machine-generated audiobook in whatever format they choose.