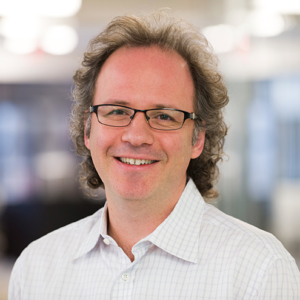 The following analysis of a recent Canadian court decision discussing insubstantial copying and fair dealing was written by Authors Alliance Advisory Board member Michael Geist and originally appeared here on March 27, 2018. Geist is a law professor at the University of Ottawa, where he holds the Canada Research Chair in Internet and E-commerce Law and is a member of the Centre for Law, Technology and Society. His website, michaelgeist.ca, provides coverage of intellectual property, technology, and copyright issues in Canada. This article is reposted with permission.

While much of the decision involves a legal analysis of the standard of review, copyright watchers will be particularly interested in the discussion on insubstantial copying and fair dealing. The insubstantial copying aspect of the decision was very important, as board established a standard: 1 to 2 pages of a work, not constituting more than 2.5 percent of the entire work. For limited copying of this kind, fair dealing does not even enter into the analysis, since the Copyright Act only protects a work or a substantial portion thereof. Mirroring efforts to develop reasonable percentages for fair dealing, the Board developed a standard as a reasonable approximation of what constitutes insubstantial copying.

Access Copyright argued strongly against the use of a bright-line test for insubstantial copying (much like it argues against such a test for fair dealing). The court, however, was very supportive of establishing a standard:

There is much to be said for the Board’s adoption of a bright-line rule. It provides guidance to government employees concerning what copying is permitted because it is insubstantial. The respondents other than British Columbia suggest the following (at para. 107 of their memorandum) and I agree:

In the absence of the bright line rule adopted by the Board, individual government employees would obviously reach widely varying conclusions as to what is, and is not, a substantial part of a published work. One employee, for example, could consider 1% of a work to be substantial while another could set that threshold at 5%. To avoid such different, and likely conflicting, interpretations as to what the term “substantial” means, [we submit] that the bright line rule established by the Board is entirely reasonable.

Under the reasonableness standard, the Board is permitted a significant margin of appreciation in determining the method by which the tariff should be set. Based on the foregoing, I am not persuaded that the Board proceeded in an unacceptable or indefensible way.

This aspect of the decision is hugely important for three reasons. First, it confirms that 1 to 2 pages of a work, not constituting more than 2.5 percent of the entire work, can reasonably be viewed as insubstantial copying. That standard will be useful for short excerpts that do not even trigger a fair dealing analysis. Second, the insubstantial standard helps support the reasonableness of up to 10% of a work constituting fair dealing since it must obviously involve considerably more than 2.5% of a work. Third, the court’s support for a bright line rule undermines Access Copyright’s arguments against such an approach with fair dealing. Indeed, the court recognizes that standards benefit both creators and users by providing greater certainty and consistency in approach.

Access Copyright also argued against the Board’s interpretation of fair dealing. In my summary of the board’s decision, I noted:

Access Copyright tested the same fair dealing theories that it uses when contesting the education communities’ fair dealing approach. It lost on every claim. Indeed, the Board’s approach is consistent with the fair dealing guidelines that have been adopted by universities, colleges, and K-12 schools.

While Access Copyright was successful at trial in the York case, that case is now under appeal. In this case, Access Copyright had unsuccessfully argued before the Board that the fair dealing user is the government, not the individual employee making copies; the government was hiding behind the employees’ permitted purposes; and the need to consider aggregate copies as part of the character of the dealing. If these arguments sound familiar, they strongly echo arguments in the York case. The Board rejected Access Copyright’s arguments and the Federal Court of Appeal just upheld the Board’s conclusion:

in its assessment of fair dealing the Board faithfully applied the teachings of the Supreme Court to the particular evidence in this particular case, assigning weight to the evidence before it as it is entitled to do. It reached a conclusion that was acceptable and defensible.

As the York case winds its way through the appellate process, this Federal Court of Appeal decision could prove pivotal, upholding many of the arguments from the education community and providing further evidence of the mistakes made by the York trial court judge.